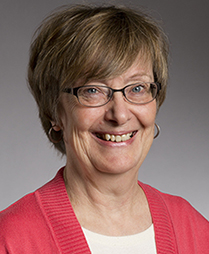 Peg began working for Open Circle in 2003 when she was invited to revise and update the Literature Connections component of the Open Circle Curriculum. The following year, she became an Open Circle Coach, but continued her work finding, evaluating and sharing children’s literature that relates to social and emotional learning through Open Circle Newsline articles and the Literature Connections Workshops. Prior to joining Open Circle, Peg was a classroom teacher, an editor for various literature-based reading programs, including Silver Burdett Ginn, and the co-founder of Andy’s Summer Playhouse, a children’s theatre in Wilton, New Hampshire. Peg has the highest respect for educators and is reminded often of the art and science of being an effective teacher. Her visits with educators and students remind her that the development of positive relationships is vital to children’s successful experiences in school and beyond.